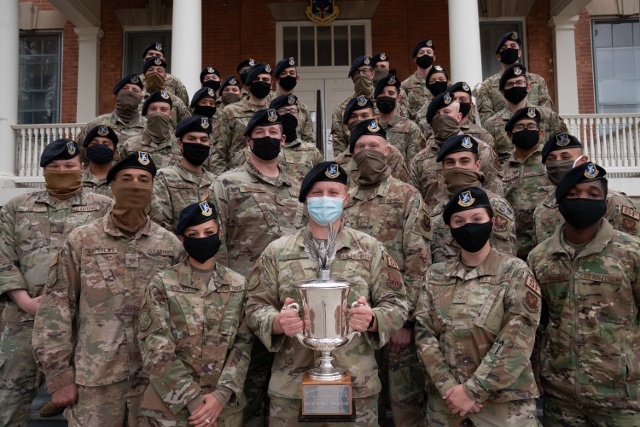 The Greater Cheyenne Chamber of Commerce recently presented the Military Affairs Committee’s Cheyenne Trophy to the 790th Missile Security Force Squadron for mission accomplishments, patriotism, off-duty volunteerism and community involvement resulting in a positive impact on the city of Cheyenne and its residents.

Also known as the 7-9-0 with a motto of “second to none,” the actions of the Airmen earned the unit several team and individual awards, including the 90th Missile Wing’s Outstanding Large Security Forces Unit, Air Force Outstanding Flight Level SNCO of the Year, 20th Air Force’s United Services Organization’s Servicemember of the Year and the Nuclear Deterrence Operations NCO of the Year, as well as Air Force Global Strike Command’s Airlift Tanker Association’s Leadership Award.

“The [790 MSFS’s] dedication to the mission truly shows and is something not only the 90th Missile Wing but Cheyenne and all of Wyoming can be proud of,” Ward Anderson, Greater Cheyenne Chamber of Commerce Military Affairs Committee chairman. “Doing the job is one thing, but doing the job right is what sets Wranglers and Cowboys apart.”

The award also recognizes Airmen going above and beyond to help the community. According to the citation, two young Airmen on patrol in Nebraska observed a house on fire. Without hesitation, the Airmen rescued a trapped family inside and assisted volunteer firefighters until the appropriate fire and medical services arrived.

“The men and women of 7-9-0 are dedicated to their service on-and off-duty, and I’m extremely proud of their accomplishments,” said Lt. Col. J. Joseph Zrodlowski. “7-9-0 has always prided itself for executing our mission out in the missile complex, but our Airmen are also passionate and committed to giving back and being a contributing pillar in the local community.”

“I wanted somewhere where I could interact with kids because I like making people smile,” Foster said.

“The father ended up telling me his daughter’s story. She had a rough upbringing and it is a blessing she is here,” Frey said. “The kids went nuts when they could pick any toy they wanted.”

What touched Frey the most was when the daughter went $40 over the amount of the gift card.

“I just forked over the $40, because she bought gifts for her entire family,” Frey said. “She hugged me and said thank you so much.”

7-9-0 Airmen also organized a team to do a canned food drive and ruck-march event. The food drive raised more than 2,000 pounds of canned goods for the Cheyenne Comea House and Resource Center.

“Once you volunteer in the community, if feels like home,” said Airman 1st Class Jodie Benally, 790 MSFS commander support staff.

The Airmen all mentioned a story where the commander tells about the importance of teamwork.

“My point of telling this story is that you will fail in our line of work by trying to tackle tasks alone,” Zrodlowski said. “It’s all about teamwork.”

The story goes as follows:

A lion prowled in a field in which four oxen used to dwell. Several times he tried to attack them; but whenever he came near them, the oxen stood tail to tail, so that whichever way the lion approached them he was met by the horns of one of them. At last, however, the oxen fell to quarreling amongst themselves, and each went off to pasture alone in a separate corner of the field. Then, the lion attacked them one by one and soon made an end of all four.

“We must work together to accomplish our mission; that’s how we stay safe and are successful,” Zrodlowski said. “We’re proud to be part of this amazing community and are humbled and honored to be selected as last year’s recipients of this prestigious trophy. Their selfless dedication and contributions to the city of Cheyenne are ‘second to none’.”

SMSgt Cody Stollings, AFSFA member, provided an excerpt from the narrative submitted for the award:

The selfless contributions of the 790th Missile Security Forces Squadron is “Second to None!”—the rally cry of the patriotic men and women of 7-9-0. Our resilient Defenders continue to serve as positive members of the greater community while simultaneously providing world class safety and security to our great nation and its allies. The demonstrated mission excellence, dedication to community, and proud culture of improving the quality of life for Airmen and their communities reflects great credit upon the city of Cheyenne, the state of Wyoming, and the United States of America." 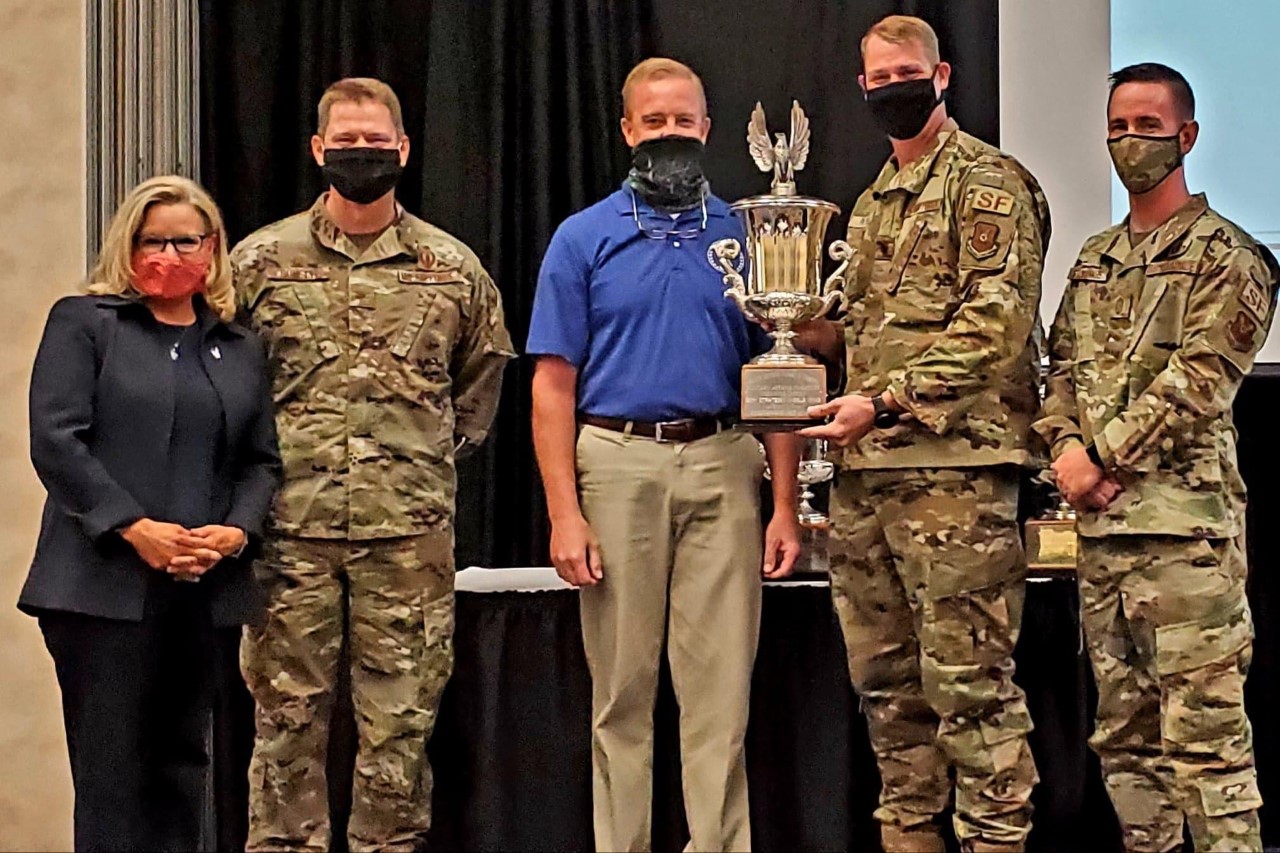